Opponents of offshore drilling staged a rally at the Georgia Capitol on Wednesday ahead of an afternoon “listening session” on the issue federal regulators scheduled in Atlanta. 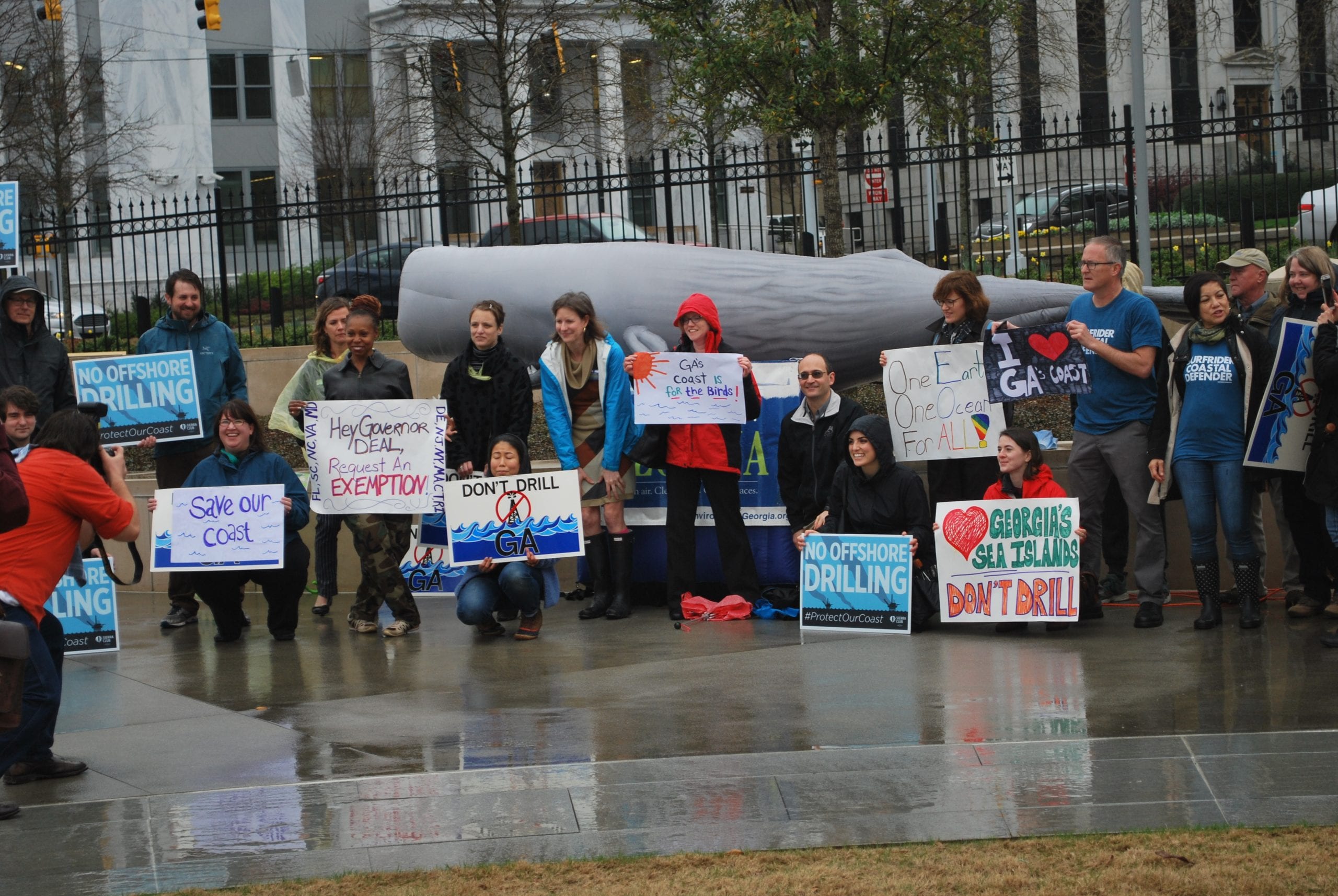 Among those speaking to the group were State Reps. Carl Gilliard, D-Garden City, and Ron Stephens, R-Savannah, and State Sen. Lester Jackson, D-Savannah. The bipartisan group has sponsored resolutions rejecting offshore drilling off Georgia. The rally was organized by the Business Alliance for Protecting the Atlantic Coast, One Hundred Miles, Environment Georgia, the Savannah and Ogeechee riverkeepers and the Georgia chapters of the Sierra Club and Surfrider Foundation. 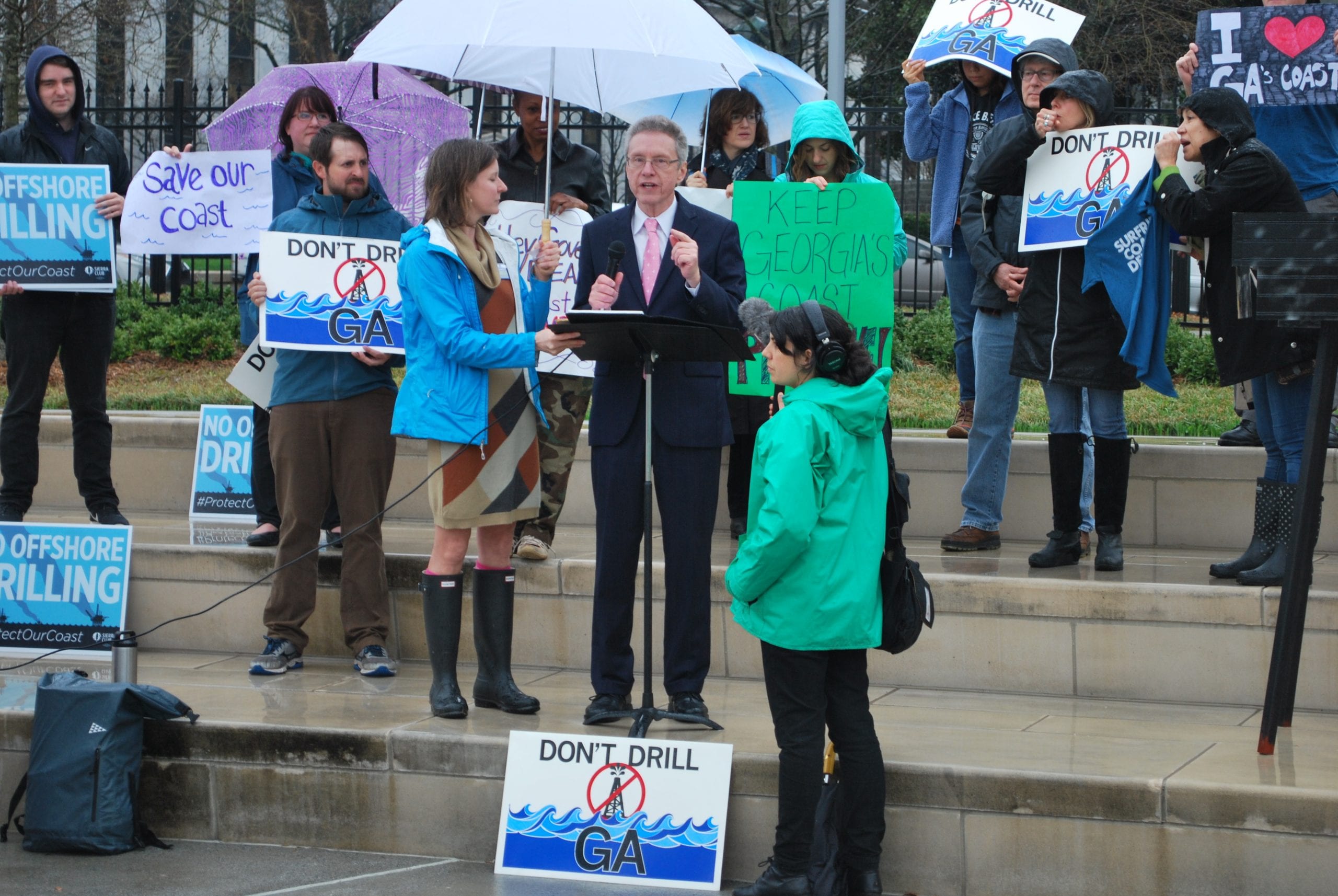 Gov. Nathan Deal has yet to confirm opposition to drilling and seismic testing. U.S. Rep. Buddy Carter, whose district includes all Georgia’s coastal counties, reiterated at a Friday town hall meeting on Skidaway Island that he favors an “all of the above approach” to energy. While he has called on the Bureau of Ocean Energy Management to hold a listening session in coastal Georgia, a request not granted, he favors seismic testing to map the potential oil and gas deposits off Georgia.

A large body of scientific studies indicates that seismic testing, which uses loud blasts of compressed air to map the sea floor, poses risks to commercial fish stocks as well as sea turtles and marine mammals. In addition, any information garnered through seismic testing will be proprietary, and states won’t have access to it to determine the cost versus benefit of oil drilling.

The Bureau of Ocean Energy Management offers a virtual meeting room at https://www.boem.gov/National-Program-Virtual-Room/ to walk citizens through the information available at in-person listening sessions and offer the opportunity to respond online.