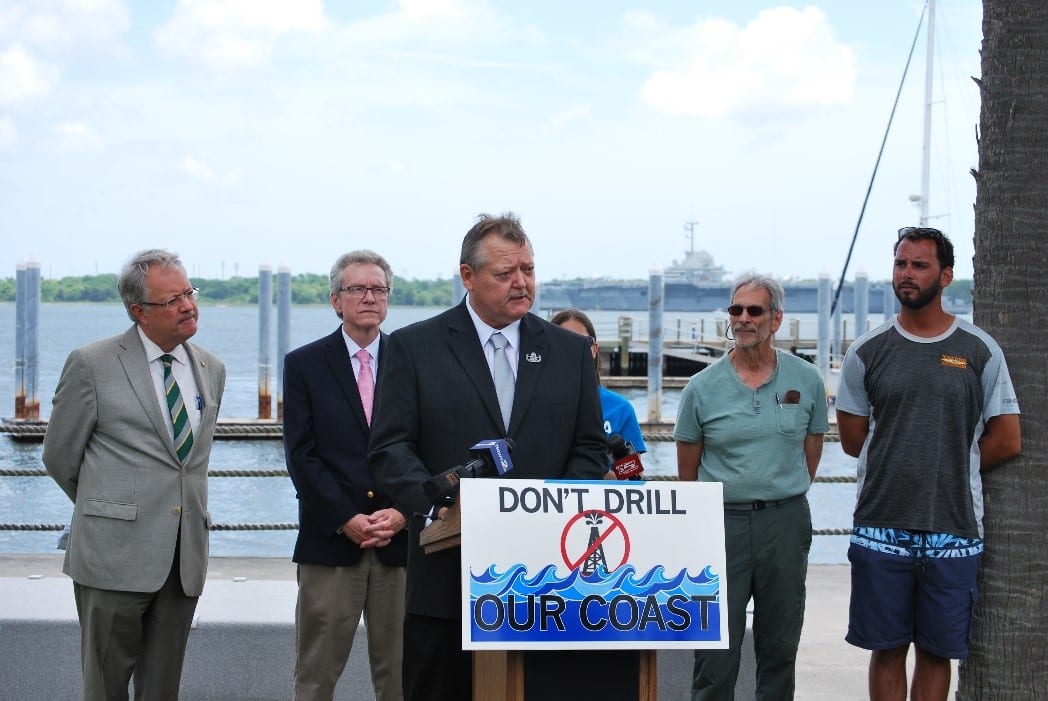 The real danger of disturbing hundreds of thousands of tons of unexploded bombs, poison gas and barrels of radioactive waste on the sea bottom off South Carolina is the cancer-causing pollution it would release, a former Navy bomb squad diver warned Tuesday.

The munitions, a legacy of post-World War II dumping of excess weapons, have lain offshore for years — unknown to the public at large, The Post and Courier reported in April.

The potential of one of the degraded bombs exploding is small, former diver Jim Barton said.

But when he spoke Tuesday about the effects of chemical and radioactive contamination in the sea from ammunition disposed long ago, he teared up and had to stop to collect himself. Barton is a Navy Bomb Squad veteran. He knocked holes in munitions underwater to see if they were “live.” 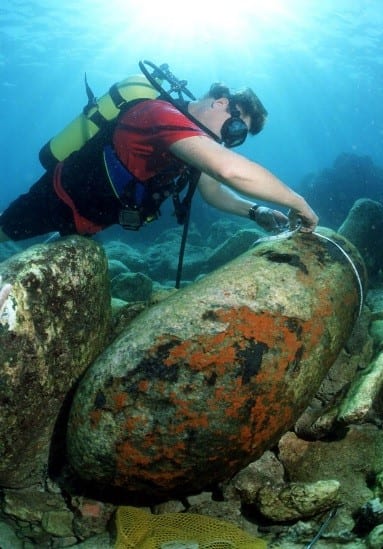 He dove off Vieques Island, Puerto Rico, in 2004 to assess the pollution from radioactive weapons dumped in those waters.

Animals there tested positive for some sort of carcinogen, or cancer-causing substance, that came from the munitions, he said. Issues on land were seen, too.

“When you talk to parents who have lost a kid to cancer in this devastation, or who is suffering … it has an impact,” Barton said. “This stuff is real. This is all real.” 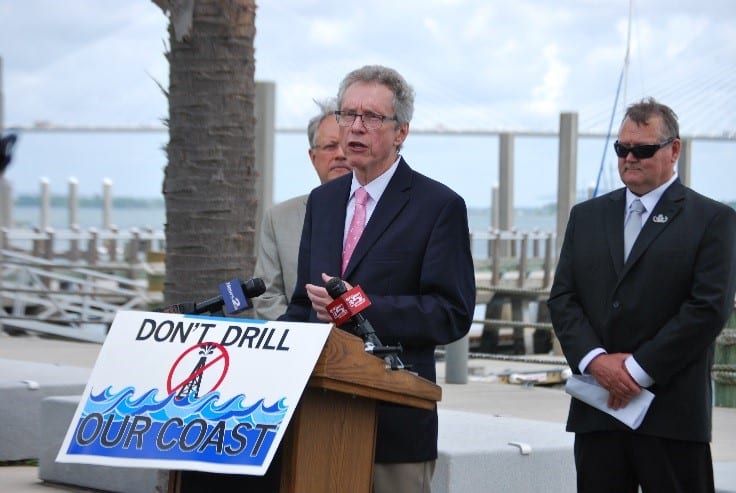 The S.C. Small Business Chamber of Commerce held a press conference in Charleston with Barton and Mayor John Tecklenburg to raise concerns about the dump sites to bulwark opposition to Trump administration plans to begin acoustic cannon “boom” testing and potentially drilling for fossil fuels offshore.

Tecklenburg called the testing and drilling a “senseless endeavor,” given the potential damage to everything from marine life to the coastal economy. The chance of disrupting carcinogenics during the work makes it worse, he said.

“There’s bad chemicals out there that we don’t want to disturb,” Tecklenburg said. 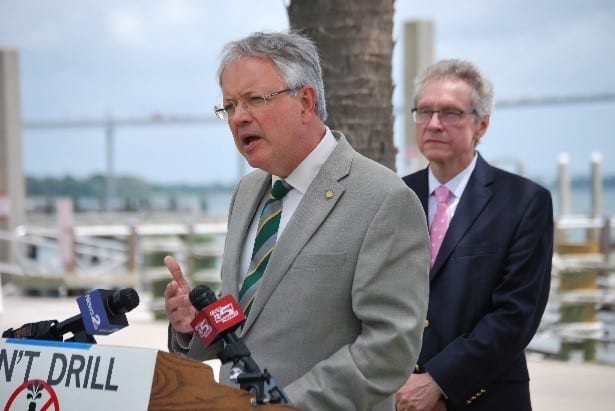 Toxic wastes “are far more an issue” than explosives, he said. “The worst of the worst are these shiny, 1-ton aluminum cylinders full of weapon chemicals. For right now they are geographically stable. If you’ve seen as many of those things on the bottom as I have, you know that firing off a seismic cannon shot is going to disrupt them.”

Testing and drilling industry representatives say the work has been safely carried out worldwide for years and there is no “real world” evidence of it disturbing weapons dumps.

Barton called for non-invasive magnetic equipment across the potential seismic testing grids to locate the sites and making them exclusion zones where testing or drilling wouldn’t be carried out.

“Avoiding those sites is possible,” he said. “Not avoiding them is reckless.”