The STOP THE BLANK CHECK Coalition was formed in July of 2016.  The coalition of organizations represents a wide array of businesses and residential energy consumers as well as the faith, low-income and other vulnerable communities.  The Coalition  advocates for utility regulatory reform in an effort to protect electrical utility customers from rate-payer abuse by the utility companies and a regulatory structure that favors the utility companies. Those efforts have focused the attention of the legislature, media and public on the need for reform. In 2017 House Bill 4022 was introduced in the South Carolina House of Representatives by Rep. Kirkman Finlay and was based largely on recommendations from the Coalition. In September of 2017 the Coalition proposed additional reforms to the state’s utility regulatory system and addressed the construction costs of the abandoned plants at the V.C. Summer Nuclear Station. 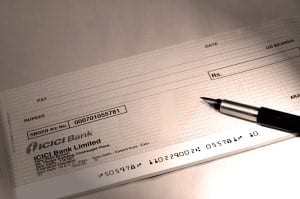 In 2007 the S.C. Legislature passed the Base Load Review Act (BLRA) to guarantee that a utility building a new power plant can hike electrical rates for its customers every year to pay for the construction financing costs of the project.  As written, once the South Carolina Public Service Commission approves the project the utility can request an increase in allowable costs annually and be virtually guaranteed approval by the PSC.  Additional costs result in higher annual rate increases and eventually must be paid for by the ratepayers.

In 2009, Public Service Commission approved a budget for SCE&G to build two nuclear plants in Fairfield County with its partner, Santee Cooper.  SCE&G would own 55% of the capital project and Santee Cooper, the state-owned power company, would own 45%.

Since 2009 SCE&G has been approved under the BLRA to increase the costs to build two nuclear plants far above the original budget.  The utility has also raised rates under the BLRA 9 times since 2009 for a total of a nearly 20% increase. By the summer of 2017  SCE&G customers had paid an additional $1.4 billion under the BLRA according to the Office of Regulatory Staff.  This is in addition to the 17% increase in rates approved since 2009 for SCE&G’s current electricity generation.

Santee Cooper customers have seen 5 rate hikes since 2009 but because the utility is a state agency it is not required to provide details as to how much of these rate increases was due to the nuclear plants construction.

The construction at the two nuclear plants at the V.C. Summer Nuclear Plant has now been abandoned.

The BLRA turned into a blank check for the utility all paid for by the SCE&G, Santee Cooper and Electric Co-Operative customers.  The Act provides that all construction costs and rate hikes under BLRA include a very generous Return on Equity (profit) to the utility thus creating an incentive to a private utility to go over budget in order to make more money.

2017 saw a disastrous situation at the V.C. Summer Plant (the Westinghouse bankruptcy and the abandonment of the nuclear plants construction by SCE&G and Santee Cooper). It is clear that other reform efforts are needed beyond addressing the BLRA. On September 13th, 2017, the Coalition proposed additional, necessary reforms essential to protect the public in future utility regulatory matters. The Coalition also advocated for a desired outcome in the V.C. Summer Plant crisis.

Below are the recommendations for the Stop the Blank Check Coalition:

1.) We have supported the amendments to the Base Load Review Act (BLRA) provided by H.4022 in an effort to keep future nuclear plant construction projects on budget and on schedule while protecting ratepayers.  However, given Duke Energy’s decision not to build a nuclear plant in South Carolina, repeal of the BLRA is a sensible measure.

2.) Santee Cooper’s public status shields it from the needed regulatory oversight given to private utilities and it also lacks proper oversight by elected leaders. The state agency must be made more accountable through the following:

3.) We support reform of the regulatory process for all utilities to insure protection of ratepayers and the general public interest. The following are our initial recommendations for reform, in addition to inclusion of Santee Cooper under the regulatory umbrella:

4.) Regulated utilities should be prohibited from making campaign contributions to individual candidates, parties, PACs or caucuses.

5.) We support efforts to hold SCE&G and SCANA shareholders responsible for the incurred construction costs of the now abandoned nuclear plants at the V.C. Summer Nuclear Station instead of ratepayers—some of whom are elderly, disabled or live in poverty.  SCE&G should not be allowed to seek to recover construction costs under 58-33-280K of the BLRA. State regulators must consider evidence of imprudence and disallow passing costs on to ratepayers that were incurred through imprudent management. At present we question in particular SCANA’s failure to demand from contractors sufficient information to independently evaluate project progress and challenges and make appropriate decisions on an on-going basis. However, we await further information that bears on the failed management of V. C. Summer.

6.) We support development of an energy plan for South Carolina that reflects protection of the public interest in a time of rapidly changing technology through a strategy that gives South Carolina diversity of energy sources and flexibility to move forward toward an affordable sustainable future.

In 2016 the STOP THE BLANK CHECK Coalition advocated for amending the Base Load Review Act so that for future power plant projects the public is better protected by requiring that additional construction financing costs beyond initial project estimates will be paid by utility shareholders until plants are finished, utility contracts will be transparent to the public, the PSC will be empowered to adjust Return on Equity and place the burden on the utility to show that business decisions made during the course of the project are “prudent”.

2.) Utility Transparency– The SC Office of Regulatory Staff shall be an advisory-only party to all contractual negotiations and contract decisions for construction projects being submitted to the PSC for approval.  Such an advisory-only role by the Office of Regulatory Staff does not constitute its approval of any eventual contracts nor is it to be construed that any subsequent contracts are prudent.  The SCE&G experience has shown that ultimately the ratepayer will be the victim of imprudent contracts between the utility and vendors.

3.) Utility Profit Regulation–  Allow the PSC to decide the utility’s Return on Equity under the BLRA.  This re-empowering of the PSC is essential to truly protect the consumers from a state-approved utility monopoly.

4.) Utility Responsibility– The utility shall demonstrate to the PSC the prudence of transaction costs, or decision by a preponderance of the evidence. Currently the burden to show that a construction decision is prudent is on a challenging party, not the utility.

House Bill 4022, introduced by Representative Kirkman Finlay in the spring of 2017, addressed three of the four Coalition amendments.  Only the amendment regarding transparency and the Office of Regulatory Staff was not contained in the original version of the bill.

The Coalition will release new recommendations on September 8, 2017.

Lexington County Chronicle: How Much Power Did SCANA Buy? September 21, 2017

Duke Energy customers could pay for S.C. nuclear plant even if it’s not builtAugust 5,2017

The Free Times:  Pressure is on for SCE&G to lessen rate hikes, rein in nuke spending Jul 27, 2016

“What is the biggest threat to elections right now? This constant harassment. That is causing an unprecedented amount of turnover at the county director level and at the poll clerk level.” SC Election Commission executive director Howard Knapp. tinyurl.com/5xt5arv2