Tonight Jay Inslee, Governor of the State of Washington, ended his campaign to become the Democratic Presidential nominee. 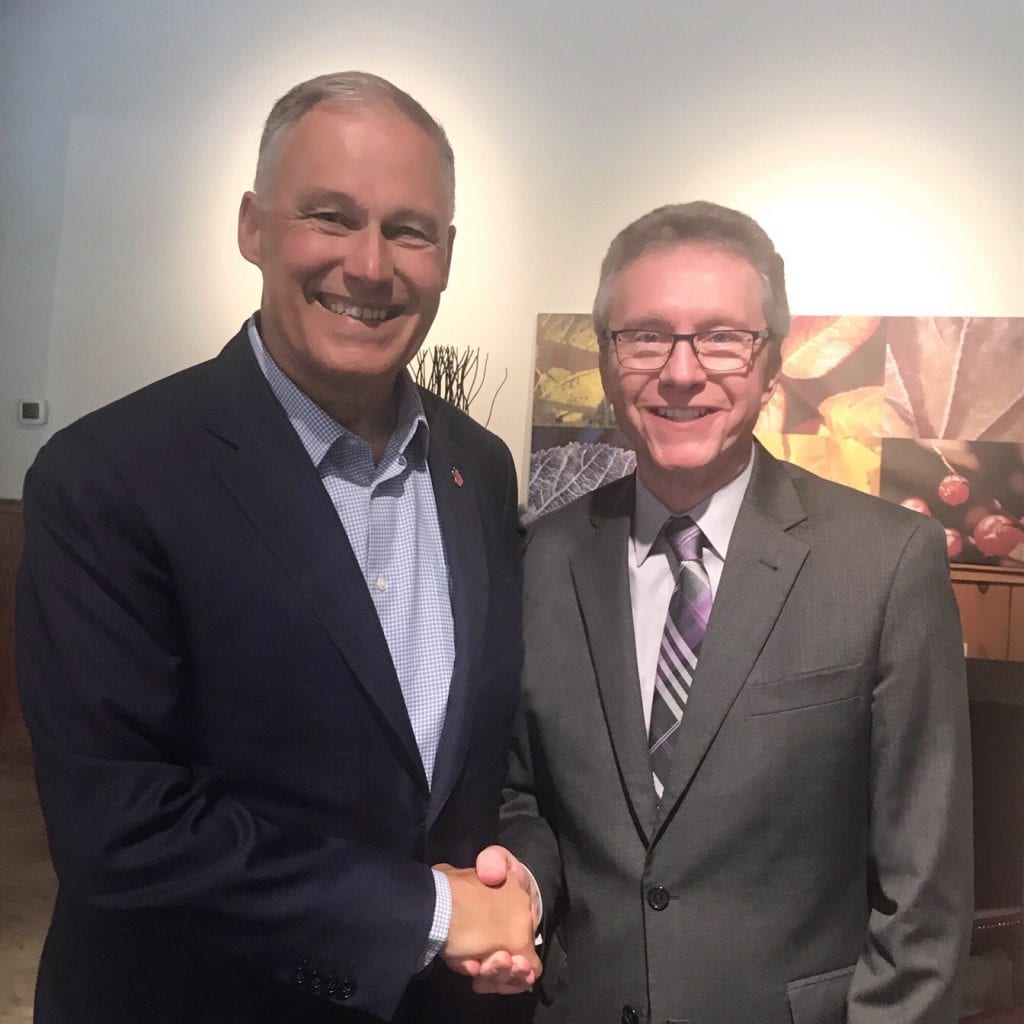 I had the opportunity to meet and talk with Governor Inslee back in June when he was in Columbia. He is an impressive politician with an outstanding record of success as an elected leader.

Unfortunately, the Governor suffered from a lack of name recognition. The East Coast media markets simply don’t cover news on the West Coast except when it comes out of California.

The odds were simply stacked against the Governor.

However, his participation was very beneficial to advancing the importance of climate as a crucial issue in this election.

His policy plans on the issue helped set the aggressive agenda other candidates have put forth to address the climate crisis.

Also, I personally appreciated Governor Inslee formerly committing to a First-Day Action Plan to ban new oil drilling leases on all public lands and water if he became President.

The South Carolina Small Business Chamber of Commerce launched a campaign back in April to have a all the Democratic Presidential candidate make this commitment that would protect the Atlantic from offshore drilling.

To date only five of the candidates have made this commitment a part of a formal policy—Warren, Biden, Booker, O’Rourke and Inslee. Now, with the Governor’s withdrawal, the number is down to four.

While the candidates that have not made the commitment claim to want to protect the Atlantic Coast from offshore oil drilling, without the Day-One Action Plan in a written policy we must question their sincerity.

As to Governor Inslee, I believe that should the eventual Democratic candidate be successful in November 2020, there would be no better choice to be the head of the Department of Interior or the EPA.

Should that be his future, the agency he leads will be in very good, competent hands.

And you know I’ll be heading to DC to get my pic with the Governor Inslee autographed.