The US Bureau of Ocean Energy Management (BOEM) is hearing loud and clear that the people and small businesses of South Carolina do not want oil exploration and drilling off the coast of our state.

But there is offshore energy we do want—Wind.

Next Tuesday, Wednesday and Thursday BOEM will hold public hearings to accept comments on developing wind energy off the South Carolina coast.

Here are the talking points that the S.C. Coastal Conservation League wants you to know about regarding our potential for wind energy.

There are four areas of consideration for offshore wind energy (see map). 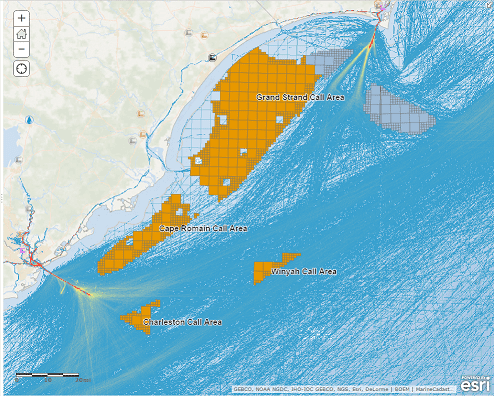 One of the areas, the Cape Romain Call Area, is not suitable for wind energy development according to the Coastal Conservation League.

So if you can attend one of these public meetings, please express your support for developing offshore wind energy along our coast. Remind BOEM that we don’t want offshore oil exploration and drilling. And echo the Coastal Conservation League’s concern about protecting the Cape Romain National Wildlife Refuge.

Inflation Reduction Act. Don’t be afraid. No, the cost of gas is not going to increase by 16.4 cents a gallon. No, the IRS isn’t going to hire 87,000 new agents who will be auditing your tax returns. Read more: scsbc.org/inflation-…