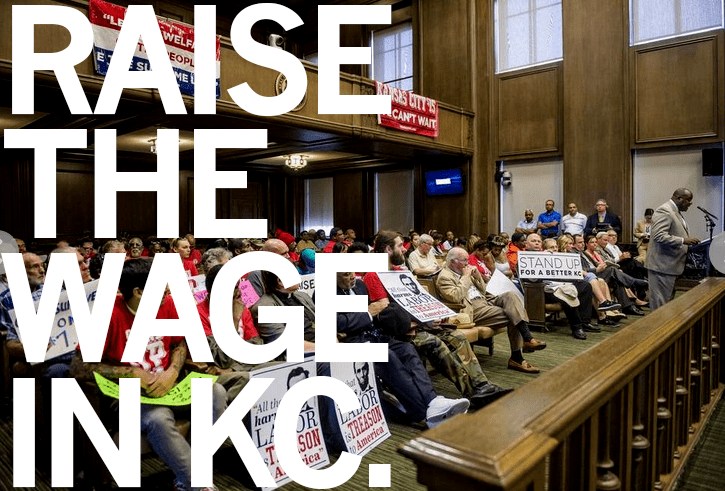 I own a small business and support increasing the minimum wage. As crazy as it sounds, I think work in this country should be fairly compensated! What?! I know, it’s insane. I also believe in gravity.

Kansas City is currently one vote away from passing a resolution to raise the city’s minimum wage. RAYGUN employs people in Kansas City and so I would be personally effected, but I could not be happier. It is time for this country to make some real progress on fairly paying people.

After all, the biggest threat to America is the Confederate Flag being taken down in South Carolina.

The second biggest threat to America is the massive gap between rich and poor.

As a small business owner looking up toward the larger economy above me, this gap is the most imposing obstacle. Not only do ordinary Americans have less money to spend, but the hidden costs of our government subsidizing food and health-care for working Americans hurts us all.

“Whoa whoa whoa, Mike,” someone may say. “Aren’t all small businesses against this because it would increase their costs and put them out of business?”

No. Groups like the National Federation of Independent Businesses (pretty much Wal-Mart) and the National Restaurant Association (pretty much McDonalds) say that they represent “small businesses” when they voice opposition.

Much government legislation targeted at helping “small businesses” really helps massive corporations. I’ve always found that government does the least for the people they talk about the most — working families, small businesses, family farmers, veterans, etc etc. So when an elected official has, “An idea to help small businesses in America,” I hear, “So this lobbyist from Target stopped by and had a really good idea.” 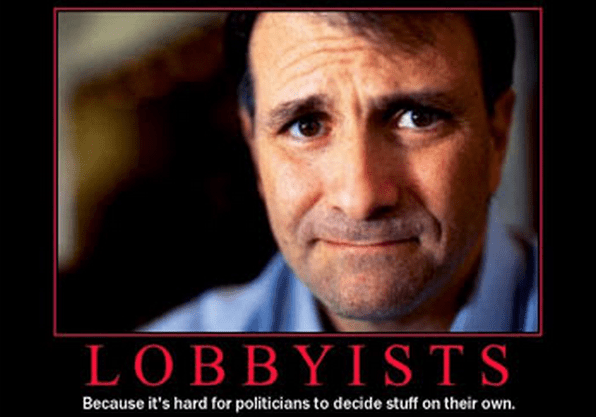 While many small businesses see this as a complex topic, the National Restaurant Association (the other NRA) primarily lobbies for fast food chains across the country to block minimum wage increases and also works against laws for earned paid sick leave or other benefits.

Right now, the NRA and NFIB are working against Kansas City, by pressuring Missouri’s state government to pass laws (like the ones in Iowa) that do not let cities raise their minimum wages above what the state of Missouri sets.

Ironic that at a time of heightened awareness of “states’ rights” and “individual freedoms,” a freedom-loving state like Missouri would want to take freedoms away from cities.

Individual rights and local decision-making stop at the state border!

But haven’t we raised the minimum wage in the past? Yes, several times. The last one was back in 2009. Did it trigger the apocalypse? Yes. Don’t you remember a couple years ago when the Federal minimum wage went up and you were huddled next to a barrel fire and eating other people to stay alive?

Increases in the minimum wage have not slowed down the economy in general. The Stock Market hit a record high in 2013. The biggest commercial banks in America recorded some of their biggest profits in 2013 (over $40 billion in the second quarter alone).

But at the bottom of the ladder, 33 percent of bank tellers qualify for government assistance, as do 40 percent of big-box retail staff and over 50 percent of fast food workers.

I don’t want to see arbitrary increases to the minimum wage to punish business. But as a retail-based small business owner, I don’t want my taxes going to subsidize the low wages of my competitors in the form of government assistance.

The low minimum wage actually keeps RAYGUN wages even lower than I’d like. Our starting full time wage is $12.50 per hour, plus money for benefits. Our starting part-timers are paid $9.50 per hour. We also make sure that our suppliers treat employees fairly: our shirts are cut and sewn in Los Angeles then printed (by us) in Des Moines and Kansas City, our glassware is made in the USA and printed in West Des Moines, our paper products are milled in the Midwest and then printed by union labor in Des Moines.

Some of our competitors make stuff in factories that fall down on people and can legally pay employees $7.25 (and possibly have them supported with welfare), it can hold down wages at other companies.

America cannot control a companies’ international supply chain, but it can at least address wages paid to Americans.

The lack of enough minimum wage increases means that average wages have fallen to record lows in terms of their percentage of the GDP, making 2013 a new standard for income disparity in America. 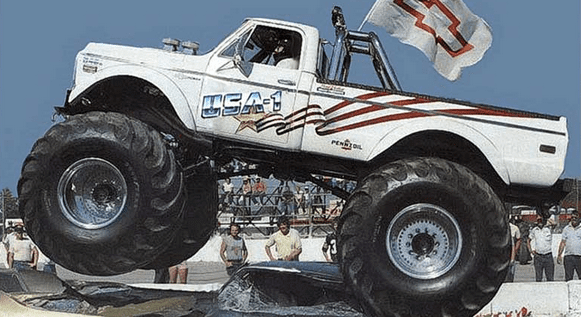 Options like increasing taxes on the wealthy or tax incentives — as Michael Saltsman argued for — will only bottle-neck money in the federal government. We don’t need more government programs or money in DC, we need the average American to have more disposable income.

I believe that small business, and America, is far more threatened by our country’s massive income inequality, and raising the minimum wage may be our best way out.

So go for it, Kansas City! And hopefully we’ll see an increase in Iowa as well!