A year after the Paycheck Protection Program started, studies show how its design hurt Black- and other minority-owned businesses. 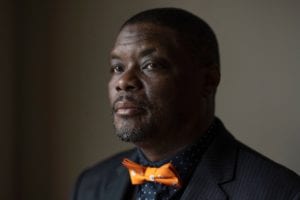 Shaundell Newsome of Small Business for America’s Future said changes were needed throughout the banking industry to improve outcomes for Black owners.

Southern Bancorp is a lender serving the Arkansas and Mississippi Delta, where poverty rates are among the highest in America and decades of redlining shaped neighborhoods with little generational wealth.

When the Paycheck Protection Program for small businesses started last April, so many of Southern Bancorp’s customers didn’t qualify for the relief money that the Arkansas bank’s chief executive, Darrin Williams, turned to donors to raise money for $1,000 grants so it wouldn’t have to turn applicants away empty-handed.

The bank made 128 such grants, giving more than 100 of them to businesses run by women or minority owners. One let a nail salon owner buy plexiglass so she could reopen. Another allowed a small cafe to buy safety gear for its staff. A day care used the money for the new sanitizing equipment it needed.

“So many companies will never come back, and disproportionately more of those that will be lost are Black and brown businesses,” Mr. Williams said.

Congress created the Paycheck Protection Program in March 2020 as an emergency stopgap for what lawmakers expected to be a few months of sharp economic disruption. But as the pandemic raged on, the program — which made its first loans one year ago this past week — has turned into the largest small-business support program in American history, sending $734 billion in forgivable loans to struggling companies.

The program helped nearly seven million businesses retain workers. But it has also been plagued by complex, changing rules at every stage of its existence. And one year in, it has become clear that the program’s hasty rollout and design hurt some of the most vulnerable businesses.

A New York Times analysis of data from several sources — including the Small Business Administration, which is managing the loan program — and interviews with dozens of small businesses and bankers show that Black- and other minority-owned businesses were disproportionately underserved by the relief effort, often because they lacked the connections to get access to the aid or were rejected because of the program’s rules.

But the haste meant the rules were mostly written on the fly. Reaching harder-to-serve businesses was an afterthought. Lenders and advocacy groups warned that the relief effort had structural challenges that were likely to inadvertently but disproportionately harm women and minority business owners. Reaching the most vulnerable businesses required determination, they said, and the program gave lenders no incentives to put in that effort.

The government relied on banks to make the loans, creating an obstacle for borrowers who didn’t have established banking relationships. Some banks favored their larger and wealthier clients, which pushed ordinary customers to the back of the queue. “Mystery shopper” studies found that Black applicants were consistently treated worse than white counterparts.

The program also largely locked out sole proprietors and independent contractors — two of the most popular structures for minority-owned businesses. Those companies weren’t eligible to apply for the program’s first week. When they got access, a rule barring loans to unprofitable solo businesses — a restriction that didn’t apply to larger companies — prevented many from getting help. Most nonbank lenders, including those that specialize in underserved communities, were shut out for weeks while they waited for the Small Business Administration to approve them.

“The focus at the outset was on speed, and it came at the expense of equity,” said Ashley Harrington, the federal advocacy director at the Center for Responsible Lending.

In the program’s final weeks — it is scheduled to stop taking applications on May 31 — President Biden’s administration has tried to alter its trajectory with rule changes intended to funnel more money toward women- and minority-led businesses, especially those with only a handful of employees.

Mr. Biden took a swipe at his predecessor’s track record last week as he signed a bill extending the program’s deadline. “Many small businesses, as you know, particularly Hispanic as well as African-American small businesses, are just out of business because they got bypassed the first time around,” the president said.

But Mr. Biden’s revisions — which, most prominently, expanded lending to independent contractors and others who work for themselves — have run into their own obstacles, including the speed with which they were rushed through. Lenders, caught off guard, struggled to carry them out, with little time left before the deadline.

“The rules are complicated and constantly changing, and that alone creates an access barrier,” Randell Leach, the chief executive of Beneficial State Bank in Oakland, Calif.

Because lenders are not required to collect demographic details on their borrowers, data on the Paycheck Protection Program’s racial breakdown has been scarce, but economists have consistently found signs of gaps.

An analysis by the Federal Reserve Bank of New York noted that some counties with large numbers of Black-owned businesses — most notably the Bronx, Queens and Wayne County, Mich., which includes Detroit — had strikingly low concentrations of the relief loans. Majority-white ZIP codes in several metropolitan areas had higher loan coverage than ZIP codes with heavily minority populations, according to a San Francisco Fed analysis released last month.

And data from the Small Business Administration shows the relief effort’s tilt. The vast majority of lenders did not report demographic data on the 3.6 million loans they made this year, but of the 996,000 that included information on the borrower’s race, 71 percent of the dollars went to white-owned businesses.

Pilar Guzman Zavala founded Half Moon Empanadas, a small chain of restaurants, in Florida 12 years ago. She employed 100 people before the pandemic and had established bank accounts and years of detailed business records. But Ms. Zavala’s application stalled at the first two lenders she tried, forcing her to spend a month hunting before she finally found a local bank that would process her loan.

She’s grateful for the aid, which helped her hold on to 50 workers, but found the process infuriating.

Of the 1,300 Paycheck Protection Program loans that Southern Bancorp made last year, many went to customers who had been turned away by larger banks, Mr. Williams said.

In a recent Federal Reserve survey, nearly 80 percent of small-business owners who are Black or of Asian descent said their companies were in weak financial shape, compared with 54 percent of white business owners. And Black owners face unique challenges. While owners from all other demographics told the Fed that their main problem at the moment was low customer demand, Black respondents cited a different top challenge: access to credit.

When Jenell Ross, who runs an auto dealership in Ohio, sought a Paycheck Protection Program loan, her longtime bank told her to look elsewhere — a message that large banks like Bank of America, Citi, JPMorgan Chase and Wells Fargo delivered to many of their customers in the program’s frenzied early days.

Days later, she obtained a loan from Huntington Bank, a regional lender, but the experience stung.

“Historically, access to capital has been the leading concern of women- and minority-owned businesses to survive, and during this pandemic it has been no different,” Ms. Ross, who is Black, told a House committee last year.

Community lenders and aid organizations took a shoe-leather approach to filling the gaps.

Language barriers were common. Many business owners had never sought a bank loan before. Several didn’t have an email address and needed help creating one. Some hadn’t filed taxes; the coalition hired two accountants to help people sort out their financials.

The group’s work netted $8 million in Paycheck Protection Program loans for 219 businesses. For those companies, the help made a profound difference.

TruFund Financial, a New York lender that focuses on historically disadvantaged communities, spent two hours of staff time, on average, on each of the 490 loans it made last year — far more than larger lenders put in. Dozens of its applications took 10 hours or more to complete, said James H. Bason, TruFund’s chief executive.

Many of TruFund’s customers walked in the door after being turned away by large banks, where “not being able to speak to anybody at the bank, sitting around waiting to hear, and then not hearing anything for weeks — all of that created a lot of anxiety for our small-business borrowers,” Mr. Bason said.

“The solution is intentionality,” he said. “What I mean by that is making sure bankers, regulators and policymakers stay intentional on building Black businesses and helping us get access to capital.”

That’s a message Mr. Newsome passed on to Treasury Secretary Janet L. Yellen in a recent meeting. Ms. Yellen has pledged to increase support for minority-focused lenders and make other changes to alter a financial system that, in her words, still produces outcomes unacceptably similar to those of the days when Jim Crow laws were in effect.

Economic crises like the one now gripping the country “hit people of color harder and longer” and intensify economic inequality, Ms. Yellen said at that meeting. “I am worried the current crisis will do this again. In fact, I know it will, unless we act.”