We, the authors of this op-ed, are two very different people.

One is a 21-year-old woman of color born in India. When she was only one year old her parents immigrated to the U.S. under a 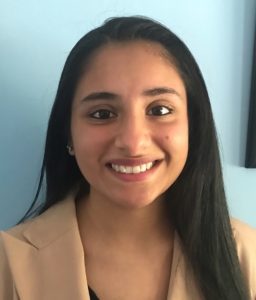 business visa that later expired. South Carolina is the only home she has ever known. Like all the young Dreamers who are here in America undocumented, she has faced serious obstacles to her education and future employment opportunities.

While she qualified for temporary protection from deportation through the Deferred Action for Childhood Arrivals (DACA) program, she and her fellow Dreamers live under a constant cloud of uncertainty of whether they will be allowed to stay in our country. Despite the roadblocks, she has an undergraduate degree and has been accepted in a master’s program.

The other author, 69, would be commonly called an “old, white guy.” Born and raised in the U.S., he earned a master’s degree from the University of South Carolina and has enjoyed 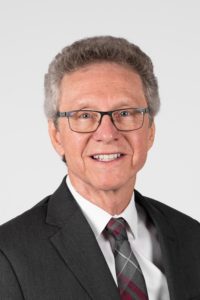 unobstructed opportunities for professional advancement. He is a small business owner and serves as the president and CEO of the South Carolina Small Business Chamber of Commerce.

Other than our educational background and our state, we are from different worlds of age, gender, race, and U.S. citizenship.

Yet on June 30 this year, we stood together at a press conference calling on Senators Lindsey Graham and Tim Scott to pass immigration reform to unleash the economic potential that a pathway to citizenship for Dreamers would achieve for South Carolina and the entire nation.

But Dreamers are not the only immigrants living in the U.S. under an uncertain future that is holding them back from fully participating in our economy.

There are about 650,000 Temporary Protected Status (TPS) visa holders nationwide, around 1,600 in South Carolina, who have been welcomed to the U.S. due to the danger they would face in their native countries. More than half are Venezuelans fleeing the Maduro regime.

Many of the hundreds of thousands of immigrant farm workers, who pick the food for our tables, live under a constant fear of deportation because they also do not have a permanent legal status.

At a time when small businesses and agriculture are experiencing a severe labor shortage, deportation of one or all of these groups would cripple our economy.

South Carolina and the nation need their labor, their drive to succeed, and their entrepreneurship.

All of this will continue to be held back unless we pass common-sense, bipartisan immigration reform. Sen. Graham has co-sponsored the Dream Act of 2021 with Sen. Dick Durbin (D-IL) that would provide a path to a permanent legal status and citizenship for Dreamers, who know no other home than the U.S. These are our children that small businesses and the country need to contribute fully to our economy.

The SECURE Act would give permanent legal status to the TPS visa holders who have been our workers and small business owners for 20 years on average. The Bennet-Crapo Senate Companion Bill to the Farm Workforce Modernization Act would address the workers who toil in the fields to ensure American agriculture’s success.

Together we—young and old, foreign- and native-born—understand that the American economy is vastly better today thanks to the undocumented immigrants among us. Our economy will be even brighter with the conveyance of legal status and possible citizenship.

Senators Graham and Scott, on behalf of small businesses and undocumented immigrants we ask that you provide the leadership to pass this legislation as a start to the more comprehensive immigration reform we need.

Tahera Attarwala is a Dreamer and DACA recipient living in South Carolina.

Frank Knapp is the president and CEO of the South Carolina Small Business Chamber of Commerce, a member of the American Business Immigration Coalition.